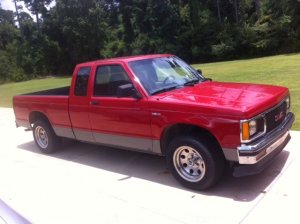 1st Generation Sonoma’s and S-10’s were GM’s first successful step into the small size pickup market. They have spartan interiors, boxy styling, and a “trucky” feel. They only have single and extended cabs in either 2wd or 4wd.